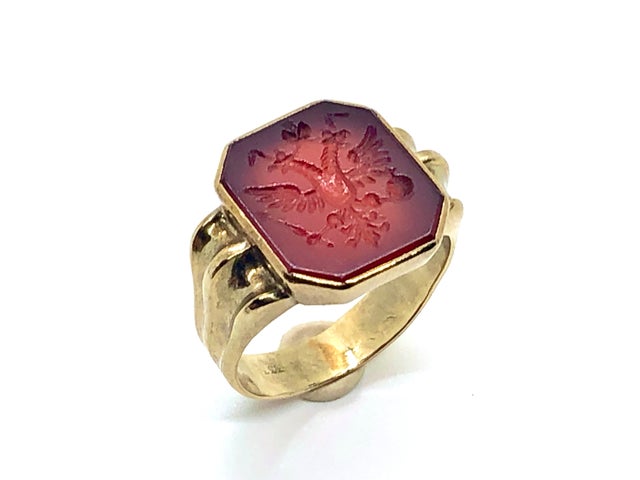 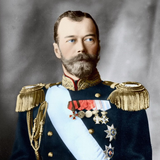 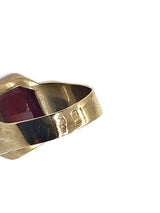 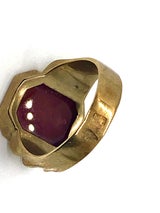 Antique. One-of-a-Kind. History in your hand. So much to say. But we'll go with an abbreviated version.

This ring comes to us in a leather covered box surmounted by the Imperial Cypher of the last Emperor-Czar of Russia, Nicholas II, who ruled from 1894 - 1917. The interior of the box shows the mark of Faberge of St. Petersburg Russia. The ring itself has the Cyrillic MP Touchmark of Mikhail (Michael) Perchin (b1860 - d1903), one of the lead designers for the house of Faberge. It has the "56" Russia Touchmark for 14K Gold.

The Gold setting holds a Carnelian hand-carved signet n the fashion of the Coat of Arms of the Russian Empire (1721 - 1917), the Double-Headed Eagle.

This ring would most likely have been commissioned toward the end of the 1800s, estimated 1895 - 1900. The ring is a size 11, and has a weight of 6.15 grams. The face of the ring measures approximately 18mm x 16mm. The ring will arrive unpolished, with patina as-acquired.

Bearing the Imperial Cypher, this ring would have been made either for Nicholas II, personally, or as a gift from Nicholas II to family or a favored high-ranking member of his Court.

This cultural and historical significance of this ring is apparent. We would be pleased to work with your independent Faberge Appraiser for separate authentication, if desired.

Please note: Our Free Shipping does not apply to this item which would necessarily be insured for full-value.