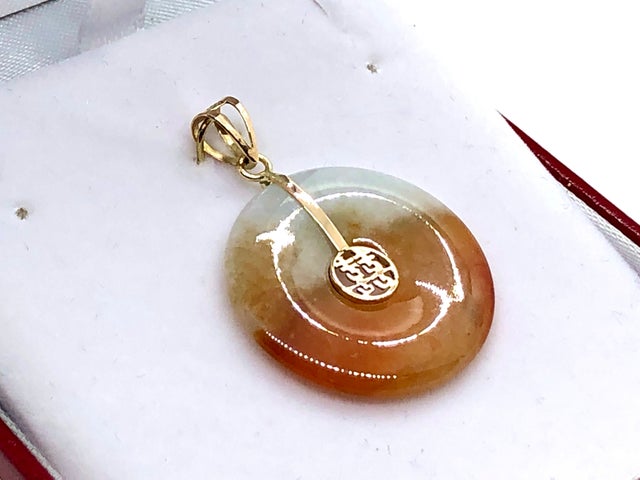 A Bi is a flat Jade disc, found in both Nephrite and Jadeite Jade, with a circular hole in the centre. Neolithic Bi are undecorated, while those of later periods of China, like the Zhou dynasty, bear increasingly ornate surface carving (particularly in a hexagonal pattern) whose motifs represented deities associated with the sky (four directions) as well as standing for qualities and powers the wearer wanted to invoke or embody.

This Bi-Pendant is 1960s vintage. A very lovely and beautifully executed Bi Pendant in Jadeite Jade. The pendant is Type A, untreated, Jadeite with Rust and White coloration. It is affixed at center with the Chinese Symbol for Double Happiness.

This loverly pendant is set in 14K Yellow Gold. It measures 26mm in diameter.