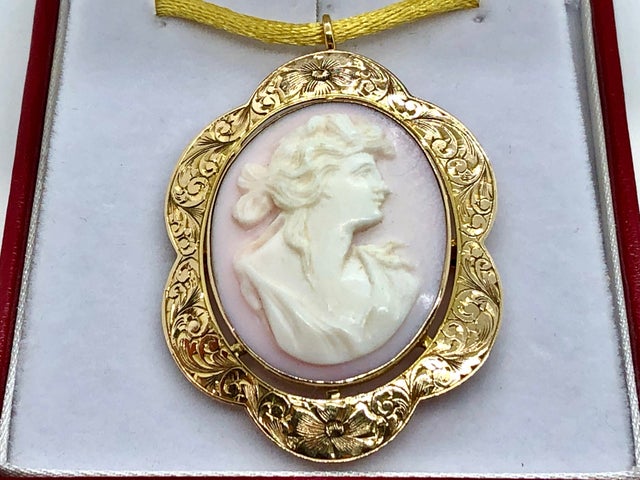 In addition to the beautiful carving on the Cameo, the surrounding 10K Yellow Gold frame is also beautifully hand-etched. This is old school. Not usually found in today's jewelry.

This Cameo dates to the 1920s-1930s. It was with the estate for many, many years, stored-away and unused. That accounts for its fabulous condition today.

The Cameo can be worn as pin or pendant. Bail and pin are on the back as shown. It is a good sized Cameo, measuring approximately 43mm x 33mm with frame. It has a weight of 8 grams.

This Cameo does not include a chain. It is shown suspended from Jeweler's Cord.