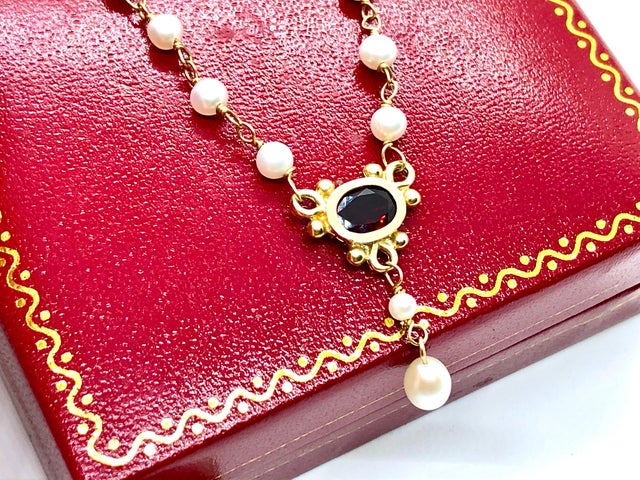 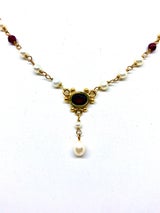 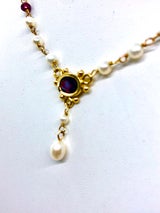 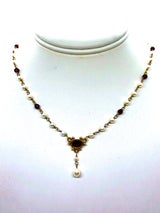 Note that we entitled this Necklace "Vintage/Antique" - Hmmmm. We admit it. We are a bit stumped. Everything about this necklace literally screams Edwardian Period, but our research - extensive research - afforded no helpful clues. We did find a couple of similar "Reproductions" of the Pearls and Garnet Motif/Theme on Gold Wire, but they were either in Silver with gold plate, or just Gold Filled. Too, we don't believe that their Pearls were genuine. We've tested this necklace to our complete satisfaction that all of the Gold and Gold Wire is 14K, that the Pearls are cultured real pearls, and that the Garnets - two types, are genuine and natural. We believe the Lobster Claw clasp to be a replacement for the original clasp, which is frequently done for older jewelry pieces.

All known facts considered we can say this: it's old. If as we believe it is Edwardian, 1901-1910. If the clasp is original, probably later, around 1960-63 coinciding with the Italian introduction of the Lobster Claw Clasp. Too, it's in very, very good condition; it's gorgeous; it's elegant; and it's fine jewelry. Don't miss this one.